Public projects of this kind make it possible to use solar energy and popularize it among people.

Solar power has become mainstream in India, echoing the experience of Spain, Italy, and Hawaii, where inexpensive solar panels are self-sustaining without government subsidies.

Increasingly, numerous solar panels can be seen on the rooftops of cities and towns around the world. However, this trend is not limited by the roofs.

The company represents a completely new approach to the development of building materials for urban spaces: they make solar energy elements for pavement from recycled plastic waste and cover them with a high-strength, non-slip glass base. The setting up of such systems is very easy to fulfill.

For the first time, Platio tiles were used on the sidewalk in the capital of Kazakhstan, Nur-Sultan. The area of more than 850 square feet of pavement near a mall’s entrance was covered with solar slabs. Two specialists easily assembled durable, non-slip recycled plastic tiles covered with solar panels in a very short time. 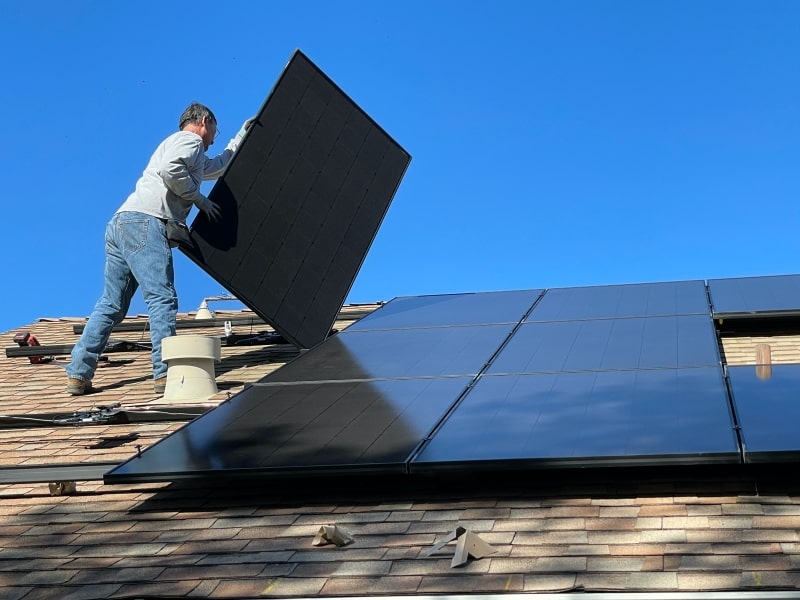 The pavement system harvests solar energy using single-crystal silicon elements located inside a tempered glass. The plastic base allows the modules to withstand loads from pedestrians and cars. Platio notes that the modular design allows you to create electrical contacts without additional wiring, and assembling the system is very simple.

According to Platio representatives, today they have successfully installed and tested numerous real objects. The engineers, who developed Platio, want to make future metropolises more energy-independent. Roadways, footpaths, squares, parking lots, and many other elements of the urban landscape except fulfilling their direct purpose can also serve as additional sources of “clean” energy.

Recently, sidewalk solar panels with a total area of more than 4.5 square meters were built into the pavement surface near the charging station for electric vehicles of the logistics company in Budapest. While the system has the capacity of only a bit more than 700 W, in the absence of cars it supplies energy to a neighboring office building.  It demonstrates the potential of creating efficient and productive “green” energy generators in place of ordinary sidewalks, without occupying useful space and without changing the urban landscape.

Now Platio offers to make solar energy a part of your household design! This company delivers accumulating pavement for installation in yards, driveways, and terraces. The installation of such systems is fast and they are extremely easy to implement and accomplish.

Unlike other developments aimed at accumulating solar energy on the roads, Platio solutions are specifically designed for pavements. The company's vision is the future in which solar power plants are fully integrated into the urban surroundings.

The team of Hungarian developers does not intend to rest on their laurels: their ultimate mission is to "form a clean and energy-independent future in which a new foundation is created for urban life." The startup “arsenal” also includes other developments, such as holographic pavements, public energy storage facilities, and solar building facades.

Using their example, more and more cities are introducing solar energy facilities into their infrastructure. About 90% of all solar panels in Germany are located on the rooftops of residential buildings.

A municipal kindergarten in the Croatian town of Belišće is spending winters warm. For several years now, the building has been heated with solar panels installed here as part of the European R-Sol-E project. Thanks to the same project, the Serbian city of Novi Sad is using solar energy to serve municipal structures, mainly for lighting streets and public buildings. Smart solar-powered lights with sensors have been installed in the off-grid city areas.

New benches with solar panels have appeared in Kyiv, and the largest industrial solar power station in Ukraine was launched on the roof of a multi-storied building. With a capacity of 330 kW, it consists of 1200 solar panels and 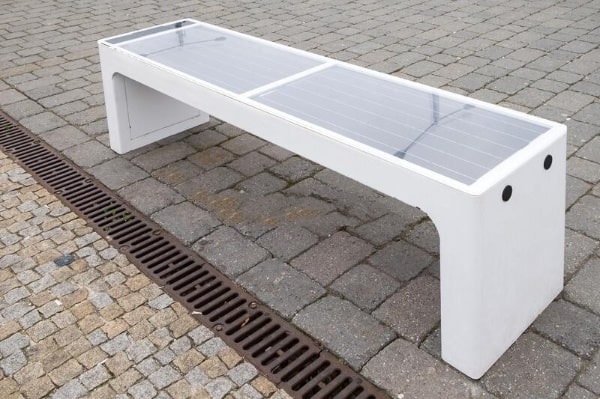 Every year the number of such examples increases. The idea of ​​creating "smart" cities and a comfortable urban environment is becoming popular, which implies not only the introduction of various kinds of innovations but also the use of so-called "green" energy, the most popular of which is a solar one.